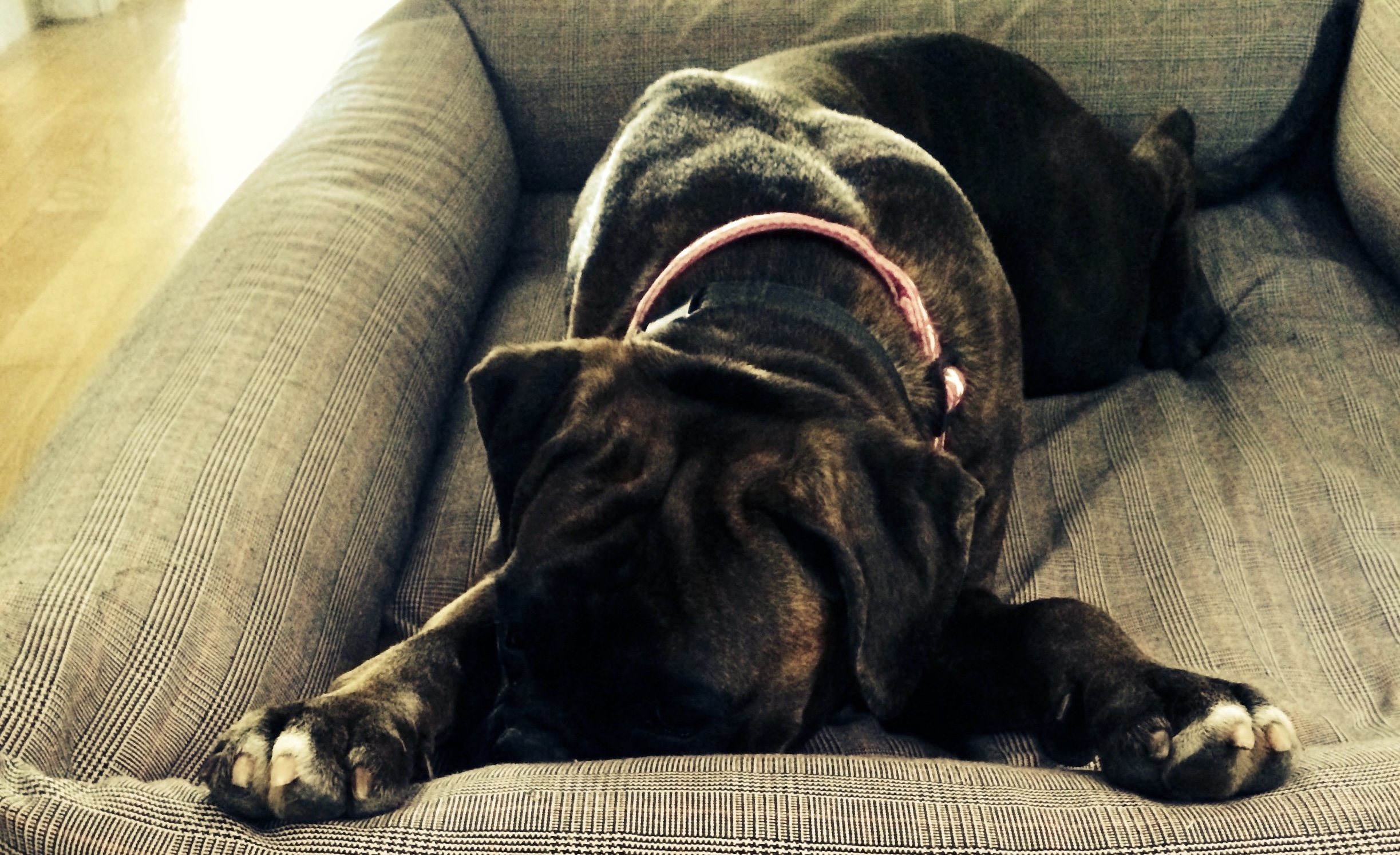 As I’m in a “Let’s be honest” phase, I have decided to confess to all my very small “mishaps” along the “Dog Bed Saga”.

Veronica should even be thankful, and not complain!

I’m actually helping her to test the pros and cons with each one of them! As a bonus, she get’s to go shopping, for a new better Bed! Yes, thankful is the word!

I should be called “Felicia the Dog Bed Tester”! (BTW I’m available for anyone in need of testing.)

Ok back to the story:

“The Harry Barker Bed”…unfortunately….there was one, or two …or a few embarrassing accidents…well puppy accidents…you know what I mean. (the LLBean Bed is lying there because…well you’ll see why later)

Veronica was in a state, each time “I don’t understand, no other of my Boxers did that”. (Certainly not  “Little Ms perfect Lego”!)

AND in my defence Indya did exactly the same!

Veronica was telling everyone, “This is the new generation Boxer dogs!”.

Come think of it, yes. absolutely, that’s it, they changed the formula. She can’t expect the same results with the new models. Ha!

As a matter of fact, this explains that!! 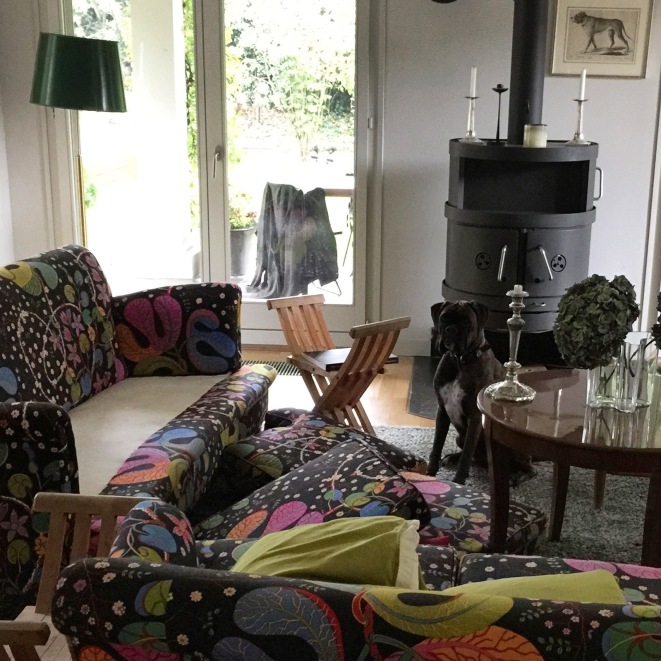 The new model is more distracted, obeys “differently”, takes personal initiatives on the home front. Yes, Indya and I are the latest model, with the extra new features.

An example? Ok, off the top of my head: the “wrestling on the Svensk Tenn sofas” game!

FYI: Indya was totally part of it all…but when found out, she always took an innocent “I have nothing to do with this” look. The cheat! She’s mostly the investigator.

Me? I never destroy anything! Oop’s-a-daisy, the “honesty phase”, damn it!  So, I might have jumped on the sofa first, and there have been, a few “events”, with beds, paper, food… ok, enough already!

Let’s move on, the Harry Barker Bed had to be thrown away.

The LLBean Bed was very funny to drag around.  One day, left alone, I was slightly bored and…

…I just happened to stumble on it…in the basement. One thing led to another…and,well let’s just say that those beds are not “Dog play proof”.

Veronica needs to file a complaint to the company. 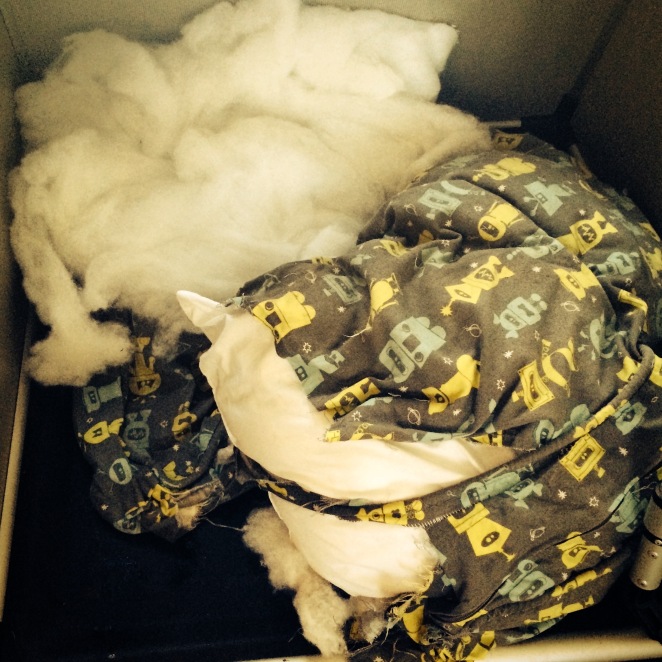 The “Ecological” bed…I… no idea what happened here! 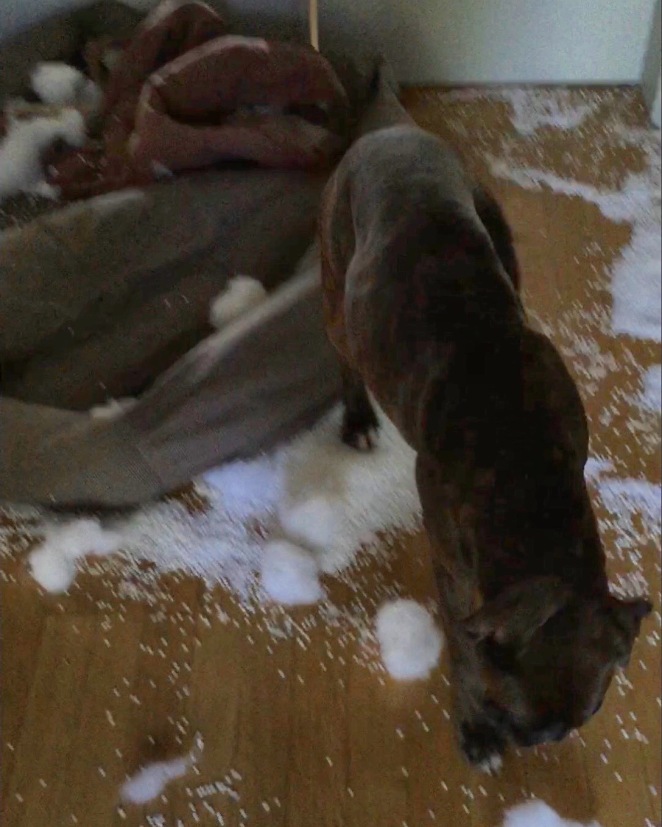 Last but not least, the “Cloud7 drama”!  (Absolutely, drama!) Please, before judging, hear me out!!

Here I was, alone at home, innocently playing with my new toy, and somehow, without any, warning, the Bed AND the toy…

I don’t see what that fuss was all about. It was just the Velcro that opened and the inside cushion somehow slipped out and ripped, just a little bit.

And those small polystyrene balls were not that hard to pick up.

Didn’t she repair it? Isn’t it good as new?! So, now you can see my side of this supposed “drama”!

From that day on, when left alone, I was to sleep on the travel blankets. More infuriating, the comfy Cloud7 Bed could be spotted behind the glass door, taunting us!

We were reduced to sleep on mats! The unfairness of it!! Indya was with me on this one! 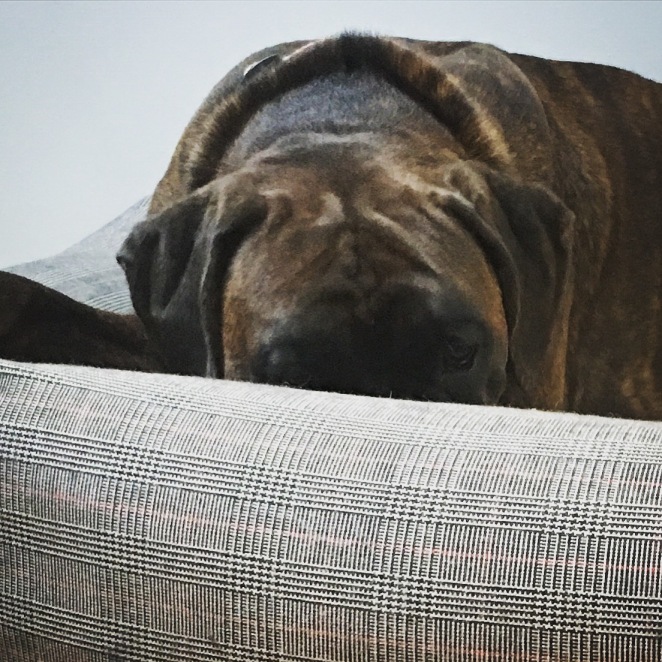 You probably think I should feel a little ashamed…but I don’t! 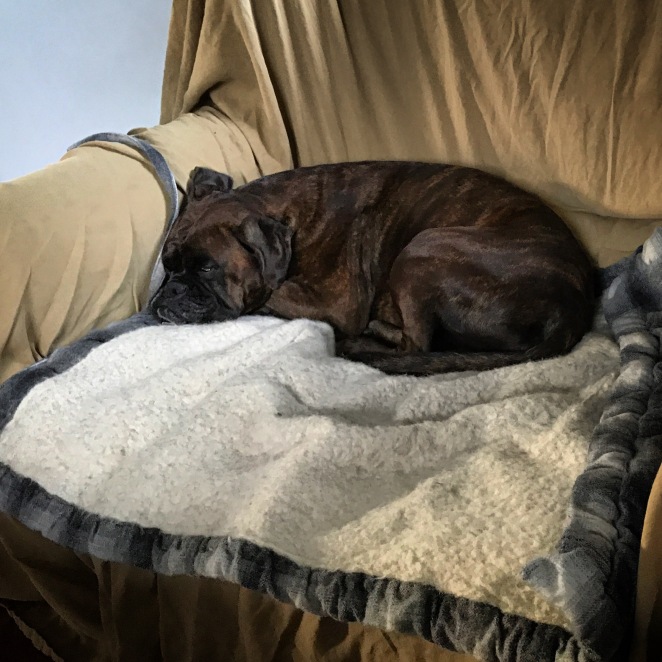 What do I care…I get to sleep on the chair these days!

2 thoughts on “The Dog Bed Confession”