I’m bored! I know I shouldn’t be…but I am! It’s Monday, and nothing fun is planned.

Veronica took off for Yoga early, not even saying a proper goodbye. Dennis is writing and writing.

Then a miracle! (Yes, I believe in those). It must be the power of Yoga, (my thanks go to Constance), Veronica came back with great news: we’re going on a day trip!!

On a Monday no less!! Wohooo!

Apparently “Yoga wear” is not appropriate “excursion wear” and she has to change… it takes forever.

Really forever! I think Dennis is way to patient with her! He should just leave, that’ll teach her a lesson.

What? Oh me…Ok, ok, I might, or might not, linger in my bed when called upon. But that’s irrelevant in the current story! 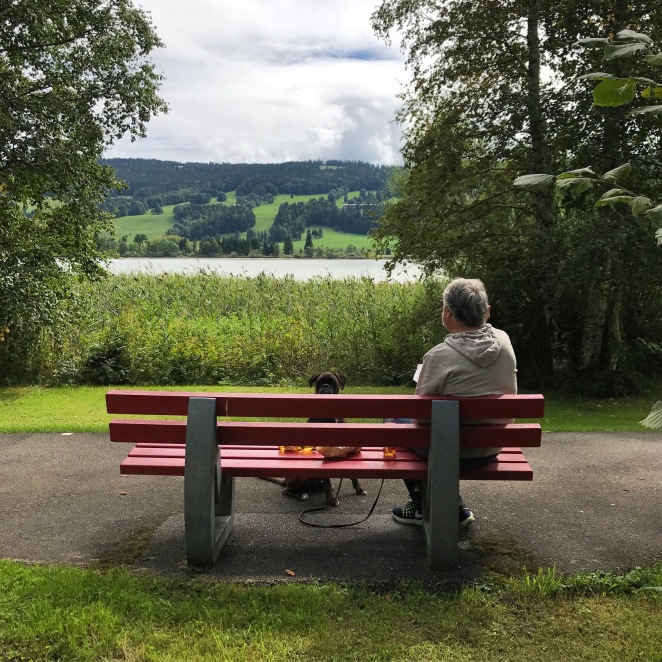 We drive into a beautiful valley by a lake. First stop is a Picnic in a park.

Dennis could see my lingering and hungry look, and shares his sandwich with me. Now that’s what I call a partnership; we all share.

I know someone who could take a few leaves out of his book. 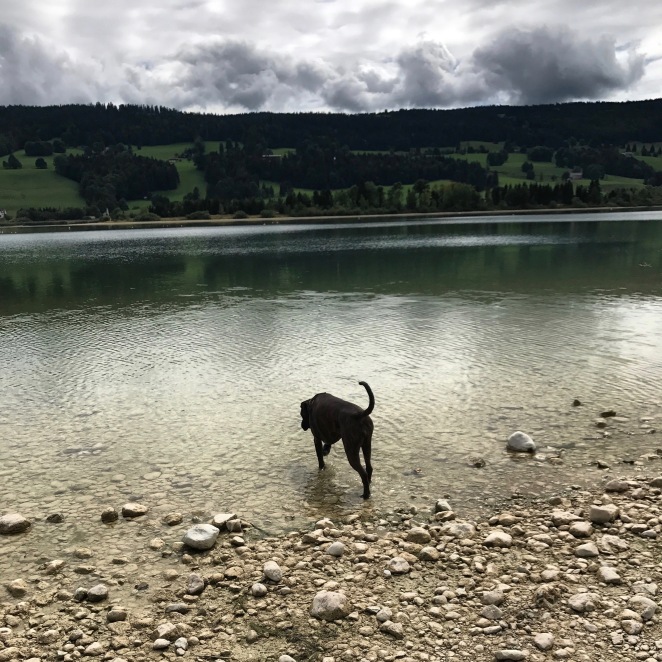 Veronica, who’s rather bossy as you know (It’s a family thing) decides we should go down to the lake “Perhaps Felicia will swim”.

Here she comes with the swimming…again! Enough already. Don’t get me wrong, I love water per se, just no need to swim. (“Like there’s a rule”?)

Don’t care if Little Ms. Perfect Lego did so (I still love her and miss her, but it’s infuriating that she had to be such a goody-goody all the time!). 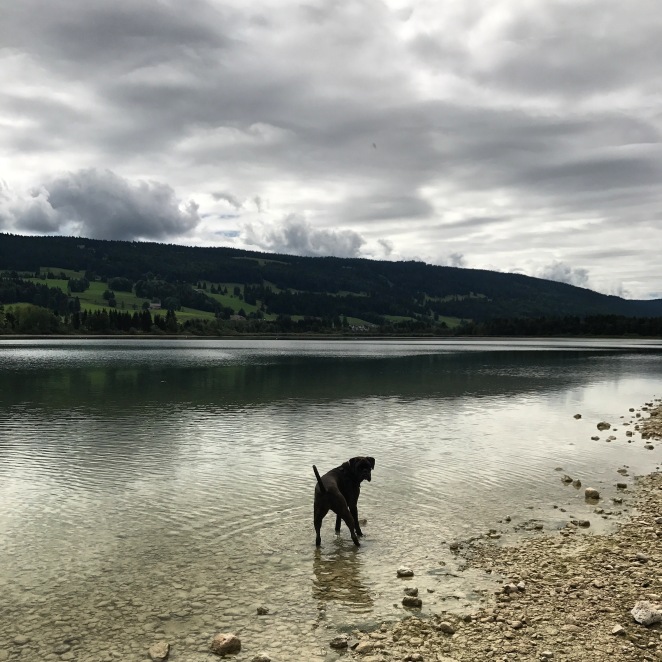 “Look Felicia, this is going to be fun” yeah, yeah go into the water yourself and leave me alone!

“She’s probably scared”. I’m what now? Scared he said? I am so not scared! I’ll show him scared!!

I wade out, not because they want me to, oh no, only because I feel like it. And because I’m a very courageous and brave Boxer girl. 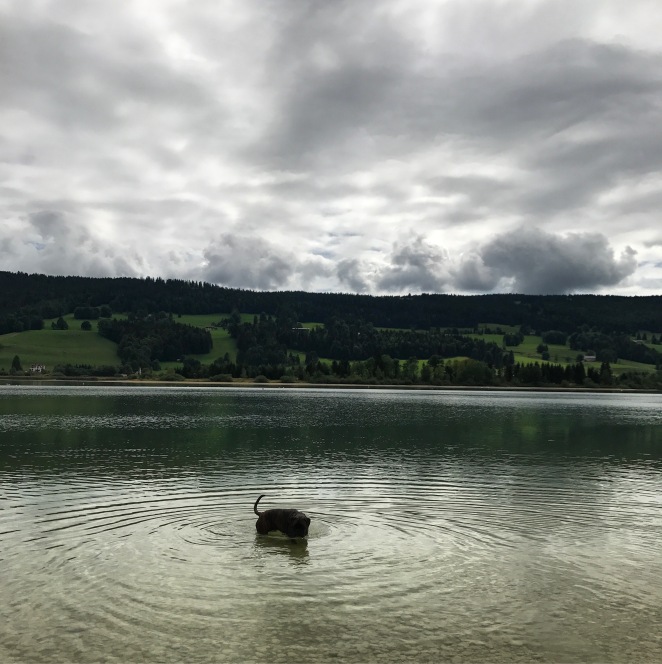 Now here comes a very irritating and slightly embarrassing fact: This is fun, they’re right! (Oh, but don’t tell them) Wading around is so cool.

As a matter of fact, I’m becoming quite the expert on the wading front! I could even be a wading champion. Everybody knows swimming is so last season, wading is the new black.

Enough with the water activities. This is what I call a forest, nothing like home, now we’re talking. 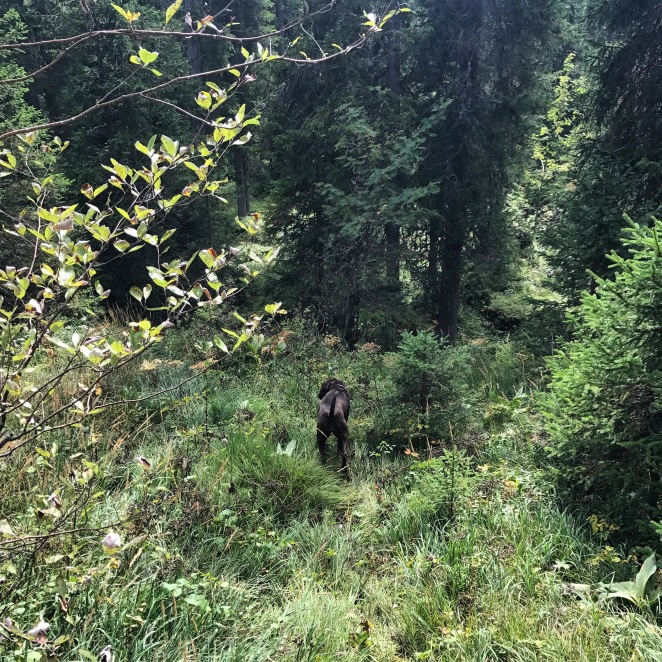 I’m thrilled, there’s so much to explore. Veronica looks worried. “Felicia don’t go too far” What? Like there are dangerous beasts out there or something?

“Felicia the Boxer Explorer” is on the loose. I follow all sorts of interesting trails, down hills…

…on to small, mysterious paths…

…deep into the bushes and trees.

What’s that noise? Hmmm… Well, no need to exaggerate the whole “Felicia the explorer” attitude.

I rush back to the trail, not that I’m worried about any beasts or anything. I just want to hang out with my folks at the moment.

Anyway it’s time to head back to the car because… 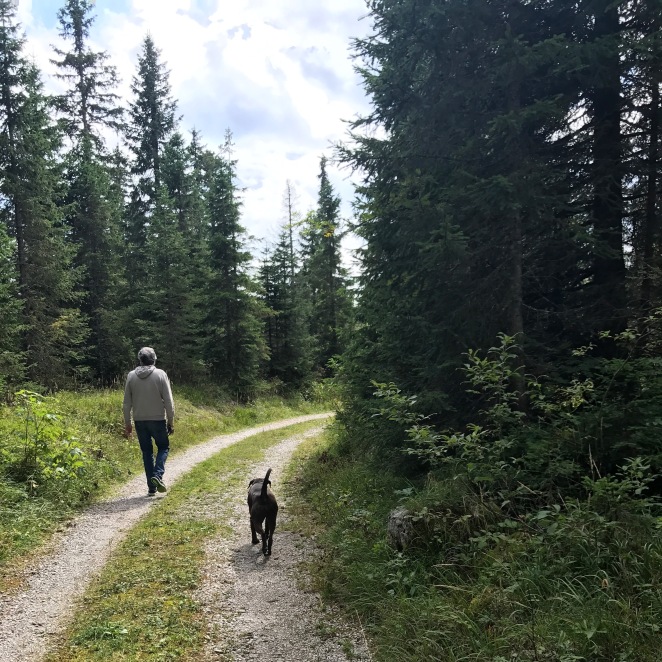 … Dennis has a plan. This valley happens to be known for it’s many Watch manufacturers.

Remember, he’s a California guy, and all Swiss things are highly interesting to him. Wine, cheese, trains, watches…

Therefore a Watch tour is in order. 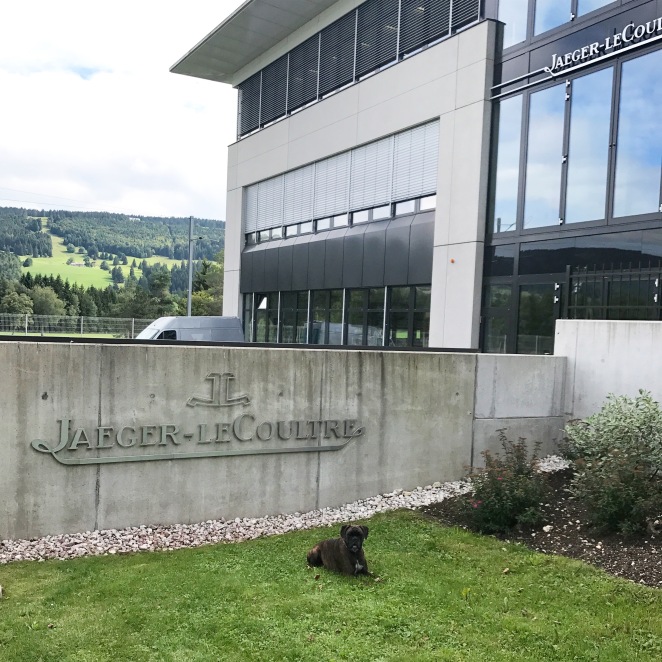 We’re causing quite a commotion. People are looking through the windows, and there’s even a guard calling in the intercom.

After an explanation about “The American husband”, “The family Boxer” and “The day trip”, we’re offered a tour of the grounds. Veronica politely declines.

“We can’t leave Felicia in the car”, well I certainly hope not! 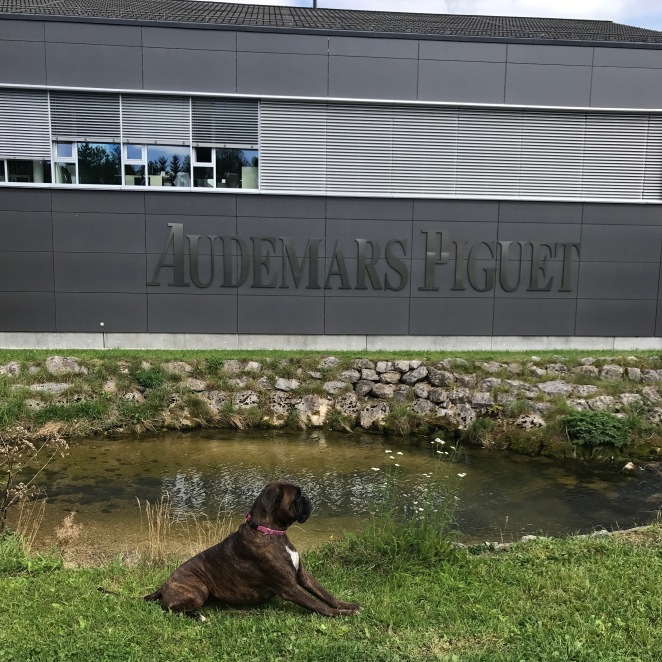 Not too shabby. There are parks, small ponds and the mountain view. Through the windows I see more curious onlookers.

I take my most elegant Yoga pose. Yes this is Felicia von Der Andreashöhe, the family Boxer. (There just might be someone taking a pic)

I’m starting to feel a little tired, this day trip is turning out to be quite exhausting,

Especially the modelling part, it requires a lot of concentration. Yes, I want to look my best, make Veronica, Jacky and Andy proud. (Dennis doesn’t care)

To round out a perfect day, we enjoy a little Aperitif at the new neighbourhood wine bar.

FYI Veronica is only holding the leash tight because there are two Chihuahuas taunting me, behaving like they owned the place. Honestly, who do they think they are?

King and Queen of our village?